How Long Do Drugs Stay in Your System?

You are here: Home / Alcohol and Drug Addiction Recovery / How Long Do Drugs Stay in Your System?

Drugs vary not just in their effects on your body but also in how long they stay in your system. As soon as you take a drug, your body begins to break it down. Signs of a drug can linger in your system for a while after you take it, though, even after the drug itself has left your body or been broken down completely. 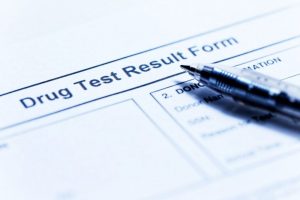 When you take a drug test, the test isn’t usually set up to detect molecules of the drug itself. Instead, it’s looking for metabolites — molecules left behind when the body breaks down the drug. Metabolites tend to stick around in blood, urine and hair for a while after the actual drug use, which is why drug tests can turn up positive even though the high wore off long ago.

The byproducts of alcohol are detectable in your blood for about 12 hours after you stop drinking and detectable in your urine for about 5 days. How quickly alcohol hits your system depends on how much you consume and how quickly you follow up one drink with another. About 20 percent of the alcohol in a glass of wine, beer or cocktail enters your bloodstream through your stomach, and the remainder moves into your bloodstream from the small intestines. The liver processes about one drink per hour, so the remainder stays in your bloodstream until the liver catches up. This means alcohol is detectable in your breath and blood rather quickly, and the actual alcohol could remain in your system for hours after you stop drinking. If your blood alcohol level goes above the legal limit for driving during a night out, it could still be above that level the next morning.

Marijuana stays detectable in your bloodstream for about 336 hours after use, or about 14 days. A urine-based drug test can detect marijuana for up to 30 days after use. How you use marijuana can impact how long it stays in your body. Consuming edibles with pot in them leave traces of marijuana in your urine for longer than smoking pot does. Smoking marijuana delivers the drug to your bloodstream more quickly than consuming pot edibles, so you experience the high more quickly, and the drug is detectable more quickly if you smoke it. The effects you feel from marijuana tend to wear off after about 3 to 4 hours if you smoked it and in about 4 to 6 hours if you consumed it in edible form, but the metabolites stick around much longer.

The high from cocaine typically only lasts about an hour, but the byproducts remain in your body for much longer. Drug tests for cocaine can find traces of the drug in your bloodstream for up to 48 hours, and cocaine stays detectable in your urine for up to 4 days after the last hit. When cocaine is used at the same time as alcohol, a separate metabolite called cocaethylene is formed that can last even longer.

Meth metabolites stay in your bloodstream for up to 37 hours and in your urine for up to 3 days. The drug also hits your system fairly quickly, so a blood test can detect meth as soon as 5 to 10 minutes after you take it. The immediate effects of meth only last 8 to 24 hours, a much shorter time than its detectable presence in your body.

After a hit of heroin, you retain traces of the drug in your bloodstream for about 12 hours, and heroin byproducts stay in your urine for up to 4 days. Heroin is a fast-acting drug, and it is usually injected, snorted or smoked, which quickly brings it in direct contact with your blood. The high from heroin comes almost immediately upon taking the drug, and it shows up in blood and urine tests quickly as well.

Almost all drugs stay in the hair follicles for up to 90 days after the person takes the drug, making hair testing much more sensitive than other forms of drug testing. Alcohol, marijuana, heroin, cocaine and meth metabolites all stay in hair for up to three months. One reason hair testing isn’t done as often as blood or urine testing is that drugs don’t start showing up in hair until 7 to 10 days after use. Testing hair is also more expensive than testing blood or urine.

What Affects How Long Drugs Stay in Your System

Your personal physiology can affect how long drugs stay in your system. Different people metabolize drugs at different rates, and your ability to metabolize drugs or alcohol can change over time. Drug byproducts sometimes accumulate in fatty tissue, so people with more body fat may retain traces of drugs in their bodies for longer than thinner individuals. Because your metabolism slows as you get older, your age can also affect when traces of drugs finally leave your body.

If you use drugs frequently, this can also cause their metabolites to linger longer in your system. Someone who has only used a drug once may process it fairly quickly, so there isn’t any trace of the drug use within hours or days. Someone who uses the same drug on a regular basis might have metabolites that have built up in fatty tissues and organs, so traces remain present for a longer period of time.

Detoxification and Ridding Your Body of Drugs

When you start substance abuse treatment, the first step is to get all the drugs out of your system. This process is called detoxification, and it typically takes a few hours or days to complete. Having completed detox doesn’t mean that your body is rid of all traces of drugs you’ve used. Your blood, urine and hair still contain metabolites that are detectable in a drug test.

During detoxification, you might experience withdrawal symptoms. These are caused by the brain and body reacting to the lack of the drug. Withdrawal can occur even if traces of metabolites are still present in your system. After going through detoxification and withdrawal, it could still be weeks or months before a drug test comes up clean for you.

Contact us online or by phone at (216)230-8667, to talk to an intake counselor about your options and find a rehab program that works for you.

Get the latest posts delivered right to your inbox